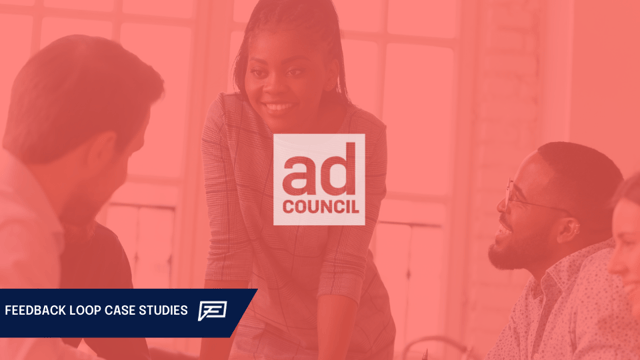 Ad Council’s iconic advertising messages have earned permanent spots in the American psyche since the organization began in 1941. Using communications to solve social issues at scale, the Ad Council is a nonprofit that produces, distributes and promotes public service announcements for nonprofits, non-governmental organizations and government agencies. They work on nonpartisan, national, crucial, measurable and actionable causes to create meaningful change.

“We take on some of the toughest issues this country is facing, and we really bring the power of communication to the American public,” says Anastasia Goodstein, the Ad Council’s senior vice president of digital product management. To do this, the Ad Council depends on more than its award-winning creative. Through its nearly 80 years in existence, the organization has relied increasingly on messages that are data-driven.

Reliable validation, even as the landscape shifts

Following a 2015 U.S. Supreme Court ruling that requires all states to grant and recognize same-gender marriages, the Ad Council launched “Beyond I Do.” Despite the federal ruling affirming marriage equality, LGBT people in 30 states can be legally fired from their jobs,

evicted from their homes, or denied services such as medical treatment. “Beyond I Do” was created to increase awareness of the discrimination millions of LGBT Americans face every day and to promote equality for all.

While the Ad Council team had done a great deal of exploratory research when “Beyond I Do” was first launched, the cultural environment had changed in the ensuing years, and they needed to go back and validate their original assumptions. They turned to Feedback Loop, the agile research platform for rapid consumer feedback.

“We used Feedback Loop to get a pulse on the cultural landscape,” Director of Strategy and Evaluation Rachelle Reeder says. “It was very easy to just plug in the psychographics we wanted to recruit around, and then to get those exact people we wanted to reach.”

“We were able to get direction really easily from Feedback Loop to inform which iterations of different social concepts or different website concepts were most impactful for the audience,” Director of Strategy and Evaluation Julia Blumenstyk adds.

With Feedback Loop, the Ad Council functions more iteratively and is able to employ a test-and-learn approach. For an organization that is tasked with responding swiftly and meaningfully to many of the most important issues in the United States at any given time, this ability has enabled the Ad Council to move forward more quickly, easily and cost-effectively with all aspects of their campaigns.

“Feedback Loop allows us to add many more touch points with our target audience throughout our campaign-development process,” Blumenstyk says. “We’re able to get results from our audience much more quickly and efficiently. Otherwise, we would have to take money out of our budget and time out of our development schedule to field a separate piece of research. This is really integrated into what we’re already doing and allows us to keep moving forward.”

Feedback Loop’s ability to rapidly test prototypes becomes Ad Council’s ability to deliver the most creatively effective work for their corporate and government sponsors. Feedback Loop’s staff dug deep to understand the organization’s unique business model, ensuring the Ad Council was able to glean the most meaningful feedback as they develop and evolve their groundbreaking campaign strategies.

“The thing I love the best about Feedback Loop is how easy the platform is to use: You put in your question, and you put in who your audience is, and you get results back in days,” says Christine Medina, vice president of digital product management. “Feedback Loop allows you to do a quick hit and research in a really short amount of time. We’ve been testing creative and concepts. We’ve also been testing landscapes. It’s been very versatile, and it’s changed the way that we work here internally at the Ad Council.

You know you need to do more customer research before making product decisions and that you need...

Elicit the Right Feedback with the Right Type of Questions